This report summarizes the strategies in the Houston area’s toolbox and focuses on specific challenges. It also includes a variety of conclusions about how best to address both strategies and tactics. Consortium members believe the overall approach to mitigating flooding in a watershed should be focused at both the watershed and neighborhood level.

Edition 1 provides information relevant to the local, state, and federal investments being discussed for flood mitigation projects in Harris County. It should be noted that Edition 1 is an interim report based on the consortium’s work to date and some work product on select topics is not yet available. A second edition of will include this information. To download this report (updated April 10, 2018), click the Learn More button. Scroll down to review the report's conclusions. 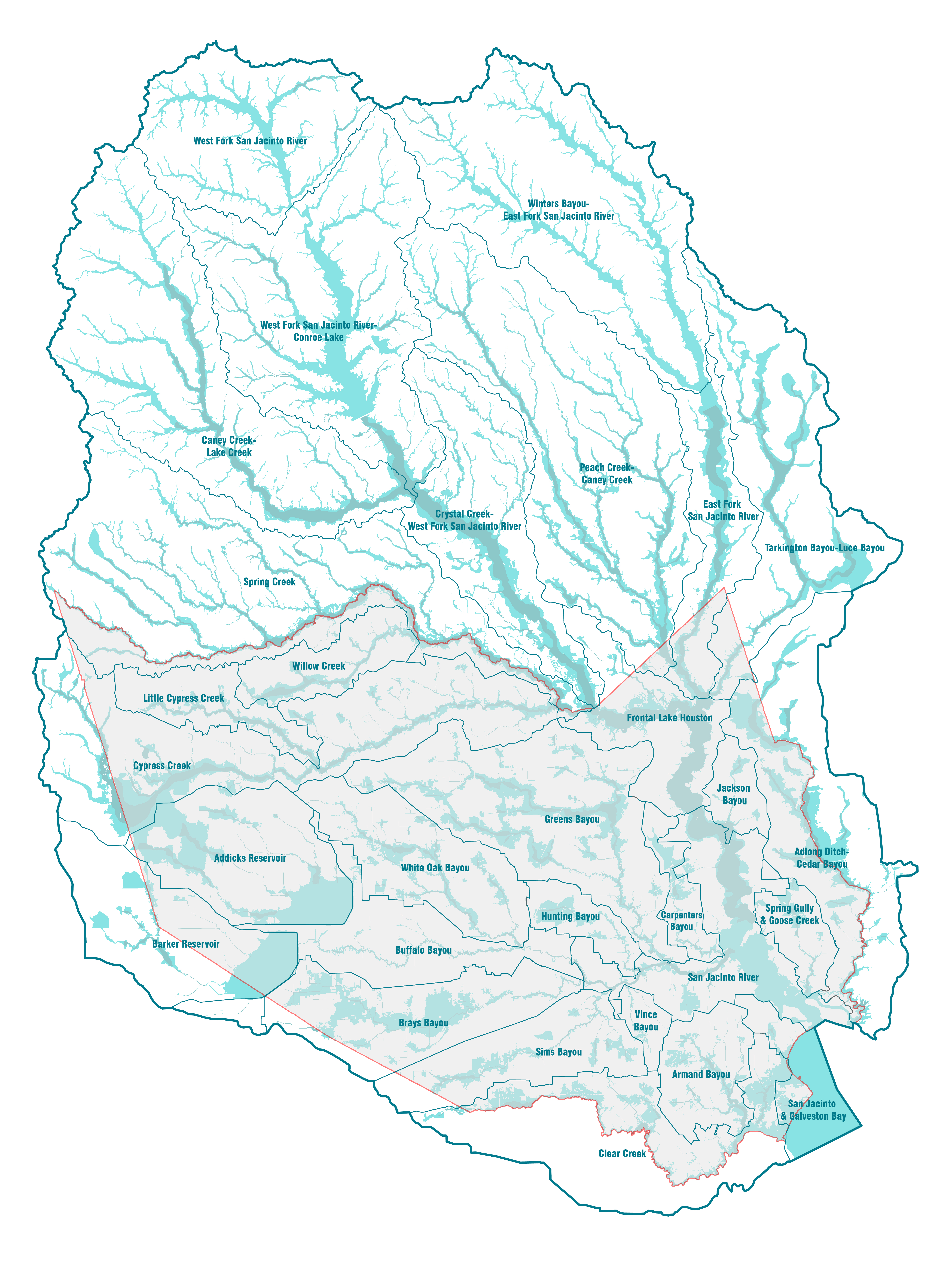 We are seeing a paradigm shift in how the Houston area contemplates flooding and its consequences. From the general public to business to policy-makers—greater Houston must fully embrace this shift as to how the region responds to the challenges and consequences of flooding.

In the past three decades, HCFCD and its partners have abandoned the previous approach of straightening bayous and lining them in concrete in favor of a new approach that uses detention basins and natural channel design. We have now seen that approach work in multiple flood events; completing projects already underway and extending this approach to more watersheds will help hundreds of thousands of residents.

Based on the consortium’s work to date, we have drawn a number of key conclusions, which reflect the consensus of our members. In the coming months, watershed analyses will be completed, which will allow for more detailed conclusions. Edition II will include these findings.

There are 30 watersheds, 25 of which are in Harris County. Some are large, some are small, some densely populated, some rural. All have experienced considerable flooding.

This document catalogs flood infrastructure plans in all of these watersheds. It includes proposed projects (whether funded or not) as well as projects that have been completed since the early 1990’s or are under construction. These include projects by Harris County Flood Control District (HCFCD) and the United States Army Corps of Engineers (USACE) as well as projects by other public entities and projects proposed by private interest groups (updated April 10, 2018). Download this report using the links below.